The most important piece of equipment for a British Tommy in the First World War was his rifle. For most, this was the SMLE or Small Magazine Lee Enfield rifle (the 'small' refers to the barrel length, not the magazine). It was a British Army standard issue bolt action rifle that fired .303 calibre high velocity ammunition. It had a deadly accuracy over several hundred yards and an effective range of over two thousand yards.

The magazine held ten rounds and could be loaded from the top with individual rounds or five round clips (ammunition pouches on a soldier's webbing could hold up to one hundred and fifty rounds). Soldiers could fire fifteen rounds a minute ‘rapid fire’ as a matter of course and up to twenty eight in ideal conditions. Sustained volley fire  could have such a devastating effect it was often attributed to machine guns.

However, it was an offence to fire the rifle without specific orders from an NCO or officer. To prevent  soldiers firing off entire clips, the magazine could be locked off with the cut off plate, leaving one bullet  ‘in the spout’, but preventing further rounds from being cycled up into the chamber until ordered. The magazine cut off was left open when directly engaging the enemy. 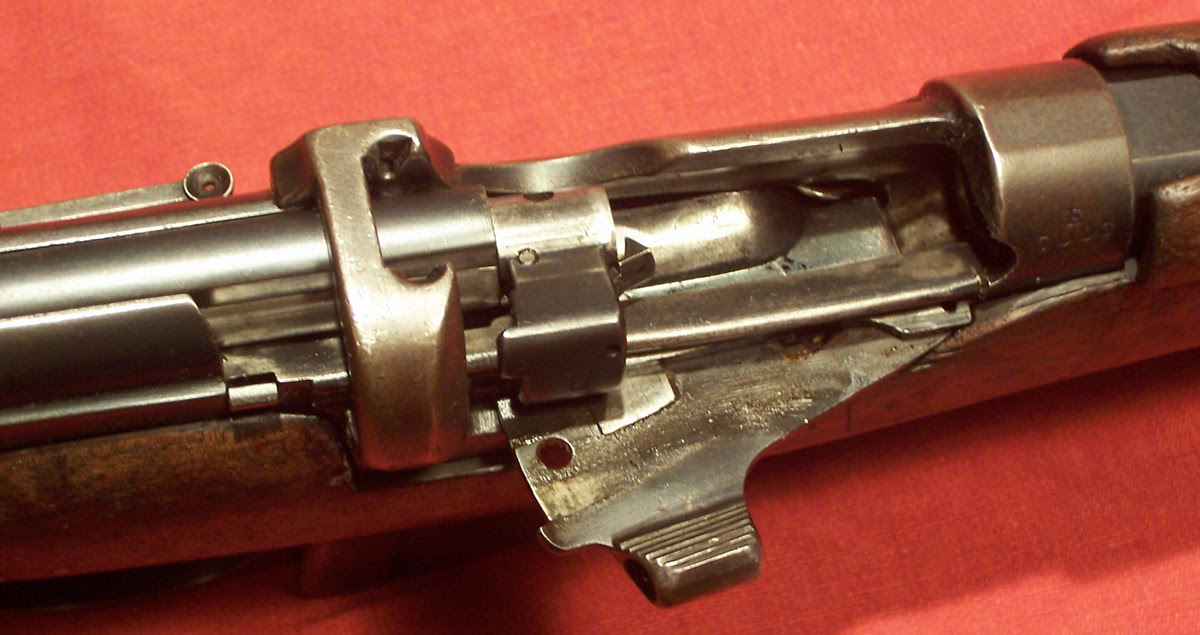 Just as lethal as the rifle, though, was the bayonet. The barrel of the Lee Enfield was much shorter than the German standard issue Mauser rifle, which put the British Tommy at a disadvantage during close combat. The answer?

In the right hands, the Enfield was an effective and precise weapon. It would serve the Pennine Fusiliers well in their fight for survival - for as long as the ammunition lasted.
Posted by Pat Kelleher at 14:35 No comments:

Tesla and the Tommies - Part 2

It wasn’t just Tesla’s theories about ‘death rays’ that the British Government were interested in. In 1899 Tesla claimed to have received faint radio signals from outer space on his array at Pike’s Peak in Colorado Springs and believed them to be a form of interplanetary communication. 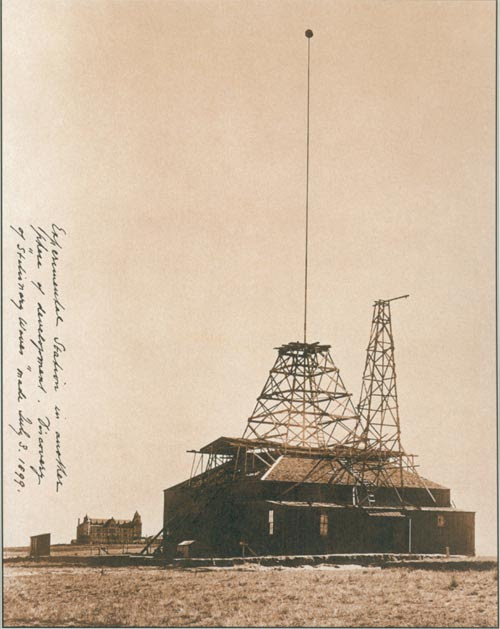 "The feeling is constantly growing on me that I had been first to hear the greetings of one planet to another."

Then, in 1926, the Hepton footage was discovered in a French field, along with the journals and letters that constituted the rest of the Lefeuvre find. The silent black and white film, depicting the Pennine Fusiliers apparently alive and on an alien world, was shown to packed picture houses around the world. If the Pennines really were stranded on another planet, it occurred to some in the War Office that there maybe a way of communicating with them. They urgently sought confirmation from Tesla. Partly financed in secret by the British Government, Tesla continued to refine his Teslascope in an attempt to contact the battalion by radio, hoping to detect a responding radio communication from them. No such signal was ever detected or, if it was, its contents have been kept secret to this day.

In the end, the Government officially declared the Hepton footage to be a hoax but nevertheless continued its clandestine funding of Tesla’s research for some years after, suggesting that at least one or two powerful political figures believed in the provenance of the film. But, in the early 1930s, Ramsay MacDonald's Government became disillusioned with Tesla’s progress and withdrew its support.

However, the fate of the 'Broughtonthwaite Mates' along with this early governmental research served to foster an underlying attitude within Whitehall that, in the 1950s, eventually inspired the Government’s decision to form the British Rocketry Group.
Posted by Pat Kelleher at 10:24 No comments:

Tesla and the Tommies - Part 1

In the minds of the public and the press, Nikola Tesla, famed scientist and inventor, became embroiled the Harcourt Event shortly after the First World War and has been linked with it ever since. 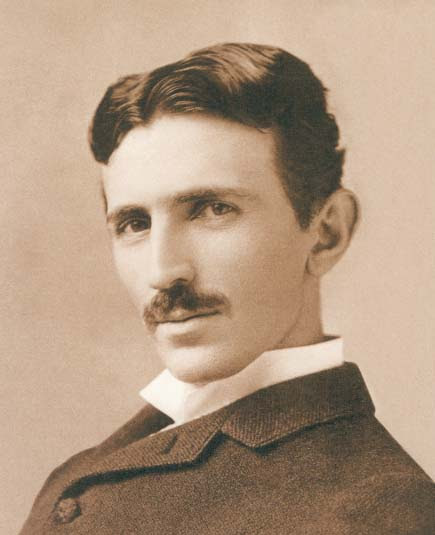 In the aftermath of the war, the War Office held an enquiry into the 1916 events at Harcourt. Despite the official explanation that the Harcourt crater was created when the Germans blew up a mine filled with ‘experimental explosives’, popular conjecture focused on ‘death rays’. Indeed, in 1914, the War Office itself had offered a reward of £25,000 to anybody who could create such a weapon. It was no great leap to assume that the Germans might have been working on something similar and Tesla appeared before the enquiry testifying to the scientific possibility of such a ray causing the crater.

Tesla claimed to have built such a ‘death ray’ himself. Many other people subsequently made similar claims, including Britain’s own Harry Grindell Matthews. However, Tesla was said to have been testing the application of this ‘peace’ ray technology as early as 1908, at his Wardenclyffe  laboratory. When Robert Peary set off on an expedition to the North Pole, Tesla asked him to look out for any unusual activity as he intended to test his ray. Peary saw nothing. Tesla assumed his ray failed.

It wasn’t until 1927, however, that news of the 1908 Tunguska explosion reached the outside world, after a Russian expedition to the remote site. When it was implied that Tesla’s ray might have  been the cause of the explosion, to some it was proof positive of Tesla’s unwitting involvement in the Harcourt Event, too, suggesting that a further test of Tesla’s death ray misfired, causing the deaths of 900 British soldiers. It was a theory Tesla was quick to refute, citing the Hepton footage itself, which had been found a year earlier and quite clearly showed the soldiers to be alive. The fact that shortly afterwards the British government  declared the footage to be a hoax only served to fuel the conspiracy theories.

There were others, though, that saw a different explanation for what happened at Tunguska - a failed attempt  at recreating the Croatoan Working.
Posted by Pat Kelleher at 14:59 No comments:

With the publication yesterday of The Ironclad Prophecy, the second book in the No Man’s World series, here’s your chance to catch up with all the bumf from HQ in a round-up of recent latrine rumours, reviews, readings, interviews and podcasts.

First up is a wind-up gramophone recording from Abaddon Books’ own dugout, where David Moore debriefs Pat Kelleher on the background to the No Man’s World series.

Next comes a barrage of questions from behind the lines courtesy of Gareth Wilson at The Falcata Times, who followed up with an explosive review.

Graeme Flory over at Graeme’s Fantasy Book review also gave the book a bright Very flare of a review and wanted to know more about the historical inspirations behind the series.

And for those of you who are still wondering about going ‘over the top’ into No Man’s World, Boston Book Bums recently fired off a brilliant review of the first book in the series, Black Hand Gang.

Still not enough for you? Then ‘Stand to’ on the fire step and take a peek over the parapet of Book 2 with David Moore’s trench periscope as Pat Kelleher reads an extract from The Ironclad Prophecy at this year’s Alt.Fiction.

Finally, Cavan Scott wanted to know which book I wished I written. Find out what it is here.

And if you’re curious about the tank featured in the books, check out previous posts here and here and follow PennineFusilier on Twitter.
Posted by Pat Kelleher at 09:29 No comments:

When the Pennine Fusiliers vanished in November 1916, they weren’t the only British troops to disappear. It is now widely acknowledged that a Mark 1 male tank, the HMLS Ivanhoe, vanished with them.

Partially inspired by HG Wells’ 1903 tale in the Strand magazine, The Land Ironclads, the tank was conceived as an armoured landship to counter the German machine gun and trench defences. They were organised into several companies under the command of the Machine Gun Corps, each with a small complement of Mark 1 male and female tanks (also called bulls and bitches).

Both male and female tanks had fore and aft light machine guns and side gun sponsons. In the Mark I male tanks these were armed with two 6 pounder Hotchkiss guns and two Hotchkiss belt-fed machine guns: 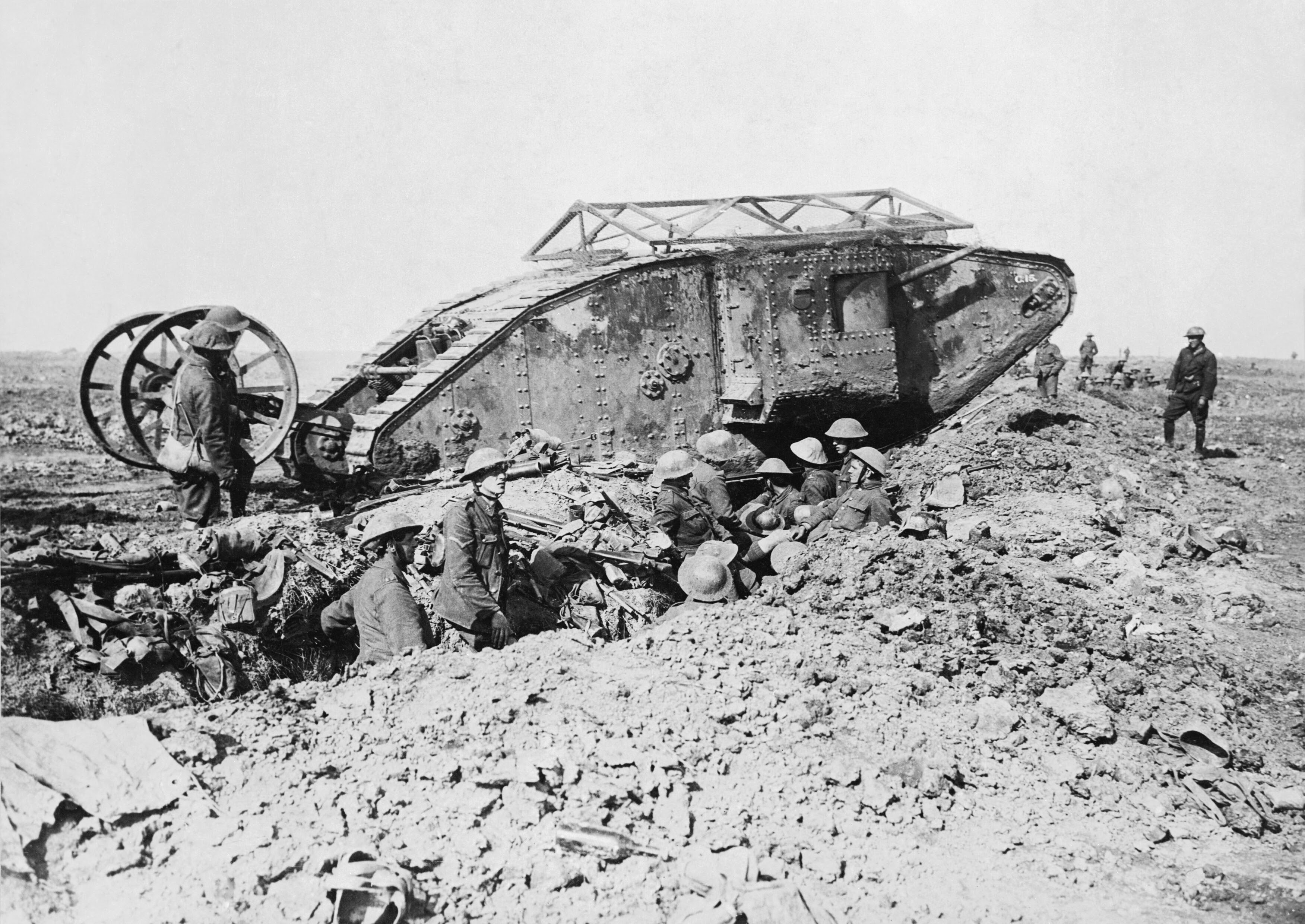 The Mark I female tank had smaller side sponsons, equipped only with four Vickers machine guns:

These armoured behemoths were thirty two feet long, weighed twenty eight tons and could reach a maximum speed of four miles per hour. They were powered by a 105hp hand-cranked Daimler engine and had a crew complement of eight. It took four of them just to turn the starting handle. It also took four men to drive it. The driver and tank commander sat  up front in a small cabin. Each tank track was also controlled by separate secondary gears, manned by two gearsmen at the rear. The other four crew were gunners and loaders.


After the tanks’ first notable victory at  Flers Courcelette, in September 1916, 'I' Company of the Machine Gun Corps Heavy Section was deployed to the Harcourt sector, with the hopes that it would help break the deadlock there before winter set in.

HG Wells and his Ironclad Prophecy

Since the Napoleonic Wars at the beginning of the nineteenth century  there had been a persistent fear of invasion in Britain and there had long been a public appetite for Coming War stories or Invasion Literature, pitting Britain against a series of pitiless foreign invaders, from The Battle of Dorking by George Chesney in 1871 to The Invasion of 1910 by William Le Queux in 1906.

As well as his 1898 novel The War of the Worlds, H.G. Wells further added to the genre in 1903 by writing a prescient short story that was published in The Strand magazine. Entitled The Land Ironclads, it envisioned a navy of huge 100 foot long armoured machines like battle cruisers, driven by pedrails; wheels with feet like those of an elephant or caterpillar attached to the rims. These terrifying smoke-belching land ships bristled with guns and were filled with troops. They rolled across the battlefield, blinding the enemy with searchlights and  crushing their  trench defences. 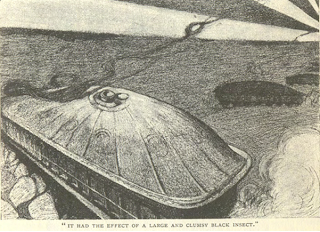 A little more than a decade later they were to become a reality.
Posted by Pat Kelleher at 11:12 No comments: